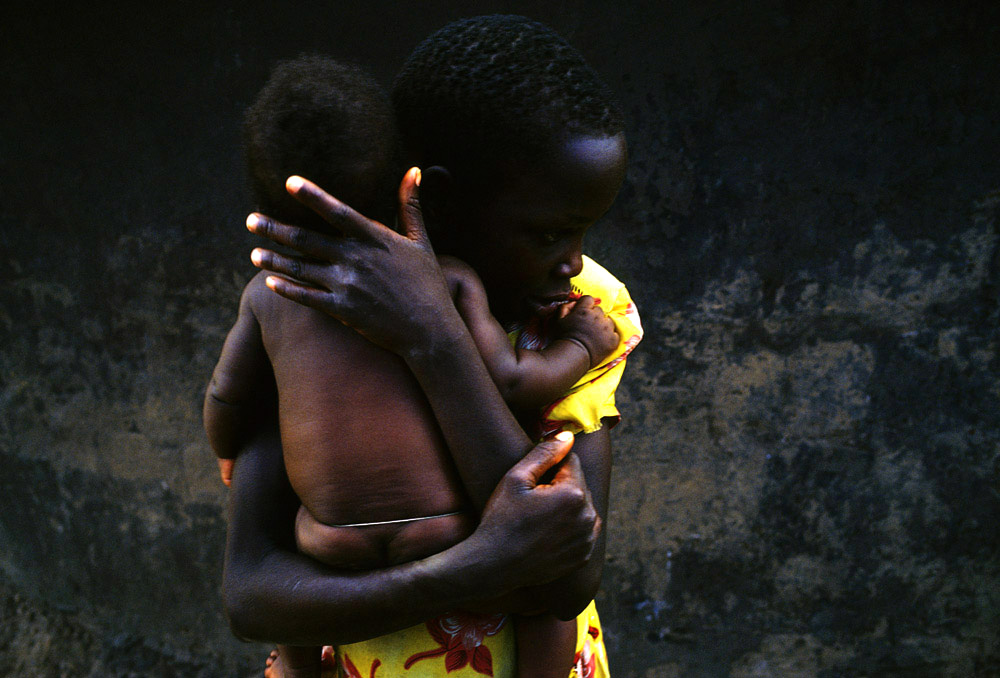 
Susan Labol, age 10, hugs her little sister outside her family's hut in Laliya, a rural village in Northern Uganda, 2005. Susan is a night commuter, one of about 20,000 children that sleep in Gulu town, as they are afraid of being abducted by the Lord's Resistance Army (LRA). The rebel group has brought terror to Northern Uganda for almost twenty years, fighting the Ugandan government. The victims are usually children, which are abducted and used as child soldiers and sex slaves. Susan walks 1.5 hours from her home village with her sister Gladys, age 12, every day to sleep at Noah's Arch, an NGO housing children in Gulu. They are too afraid to sleep in the village as an older sister was earlier abducted.