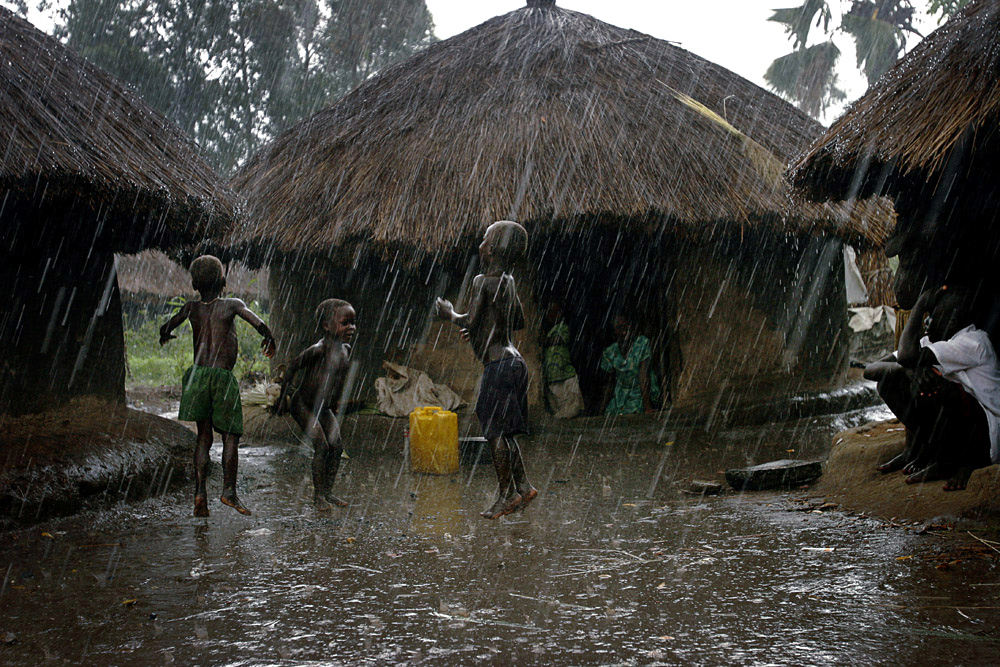 
Children play outside huts in a heavy rainfall in Laliya, a poor rural village in northern Uganda, 2005. Many children in this area are afraid of being abducted by the Lord’s Resistance Army (LRA). The rebel group has brought terror to Northern Uganda for almost twenty years, fighting the Ugandan government. The victims are usually children, which are abducted and used as child soldiers and sex slaves.