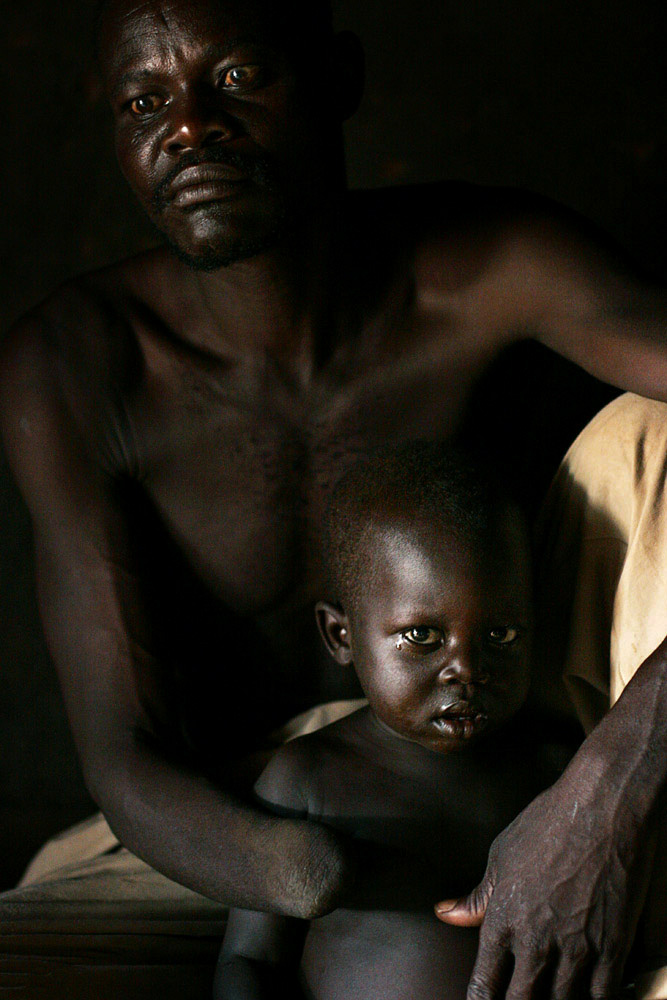 
Onikalit Constantine, age 38, a father of nine, sits next to his young son in Umyama, a camp for displaced people in Northern Uganda, 2005. The Lord’s Resistance Army (LRA) accused him of collaborating with the Ugandan army. The rebels cut one of his hands off. The rebel group has brought terror to Northern Uganda for almost twenty years, fighting the Ugandan government. The victims are usually children, which are abducted and used as child soldiers and sex slaves. Many of the abducted people are forced to perform gruesome acts and are usually brainwashed when initiated in the LRA.