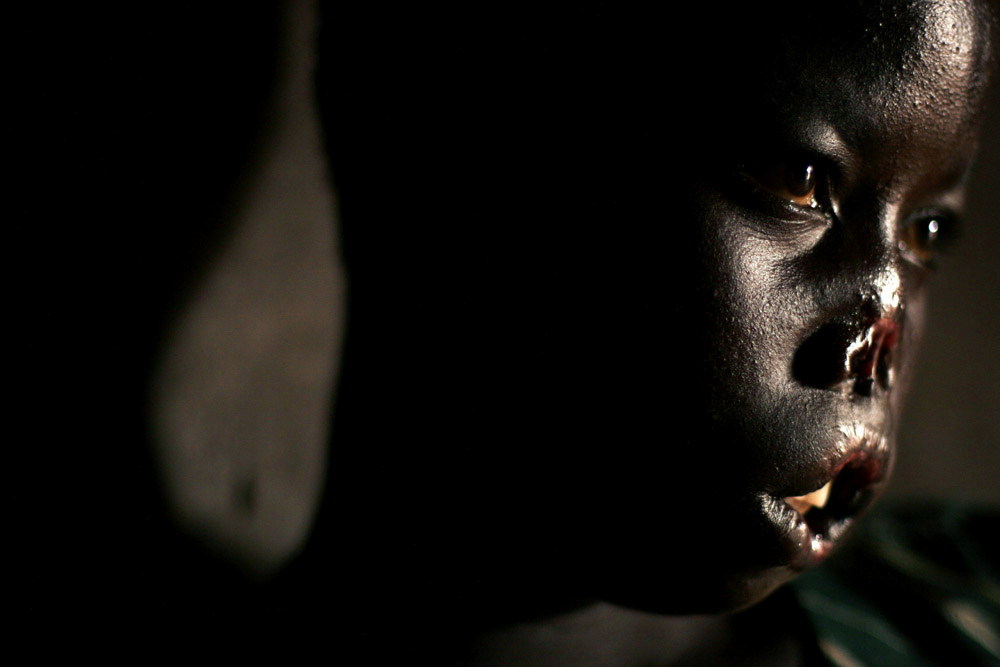 
Auma Nancy, age 18, was abducted by the Lord’s Resistance Army (LRA) while walking outside Umyama, a camp for displaced people, in Northern Uganda, 2005. She was seven-month pregnant and four rebels cut her ears, nose, and mouth, and left her bleeding in the bush.